(This is part four of a series of posts about my impressions of Japan. Please forgive any generalisations, inaccuracies and the taint of a mindset unaccustomed to the East)

This post is an assortment of some of the more interesting things I encountered during my visit to Tokyo and some of the surrounding areas. Look out for strange English translations, museums with parasites, street music, and people who just give you pens.

Very few Japanese people speak English. This makes it hard to get around because you have to rely on just simple words and lots of pointing. It also probably makes it very hard to live in Japan as a foreigner – you are basically forced to try to learn Japanese (which is a very interesting language, admittedly).  I always feel bad asking for people for things (though not bad enough not to ask) as I can see it is very stressful for some people to try to help you in English. They always try though, and I appreciate it.

Sometimes you will find some examples of funny English.  This is not an indictment of the Japanese, but rather a reflection of how hard English is, particularly when you live in a country where you almost never need English. 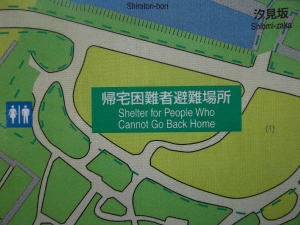 I have found everyone I met in Japan to be extremely friendly and willing to help, going far beyond what one would expect. I was sitting in a train once, writing some thoughts on paper and the man next to me offered me his pen. I suppose he thought my pen had run out. I took the pen he offered and wrote one or two more things, then tried to give back the pen. He wouldn’t have it. “Gift,” he said. I didn’t argue.

Another time, I was walking around semi-aimlessly in Odawara and a woman comes up to me and shows me her phone where she used a translation app to translate into English something like “Are you lost? Can I help you?” I typed back that I was fine, just walking around.

Also in Odawara, I asked a woman for directions to a “salted fish guts museum” and she drew me a map and explained to me, mostly in Japanese, what route I should follow. She had some kind of stand she was running and actually took quite a few minutes to help me. I am sad that I never did find the museum.

Museums for the strangest things

I never did find the salted fish guts museum, which I think would have made for an interesting story, but I did go the Meguro Parasite museum, which has all kinds of parasitic specimens (and entry is free – sadly there is very little English). I also went to the Cup Noodle museum in Yokohama where you can find out about the invention of this nifty product and even design your own cup noodle. There is also the Yokohama customs museum run by the customs authority of the port there. It’s not worth going to this museum (trust me), but it’s good to know it exists. 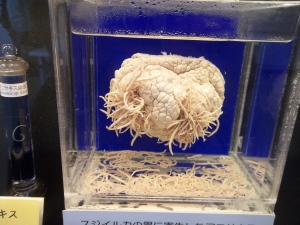 A display at the Meguro parasite museum

There is music everywhere. In stores every little section will have its own music blaring and it can be quite disorienting when you’re listening to two or three of these at once. Even the streets and parks are not allowed to be quiet – there are often speakers that play music. Thankfully, this street music is well-chosen and I always found it pleasant. 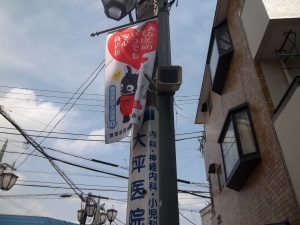 A speaker playing music in the street

People often read books on trains, but they buy them covered in brown paper so the cover and title are not visible. Apparently, either people don’t want others to see what they read, or it’s impolite to show people what you’re reading.

Some of the stores here seem just to be a collection of the most random assortment of things on the planet. I get completely overwhelmed in Japanese stores – it’s impossible to focus on anything. Stores like Tokyu Hands and Don Quijote are mind-boggling.

The Japanese can often be seen wearing surgical face masks. It is largely a matter of courtesy: they are often worn by those who are ill with flu to avoid spreading their illness. Unfortunately, it doesn’t actually work, but still people continue to do it. You can read more about it here.

Despite a falling population, there are still lots of people in Japan and Tokyo, in particular, is very densely populated. You can feel this when you go onto trains in rush hour and more people squeeze into a car than you ever thought possible, your personal space obliterated. In fact, these sardine-cars are a particular problem for women who are sometimes groped in the anonymity that the situation provides for perverted men. Thus there are cars are reserved only for women during peak hours.

During Hanami, younger staff or students are often expected to reserve the best spots in parks for their seniors, sometimes having to stay the night, as the parks get very full. When I was at Miraikan, a science museum, I watched a performance by the Asimo robot mostly through the smartphone screens of the people taking videos in front of me.

This entry was posted on 06/04/2015, 7:16 pm and is filed under Uncategorized. You can follow any responses to this entry through RSS 2.0. You can leave a response, or trackback from your own site.